Nordic Values: Why Trust Is The Key To Happiness 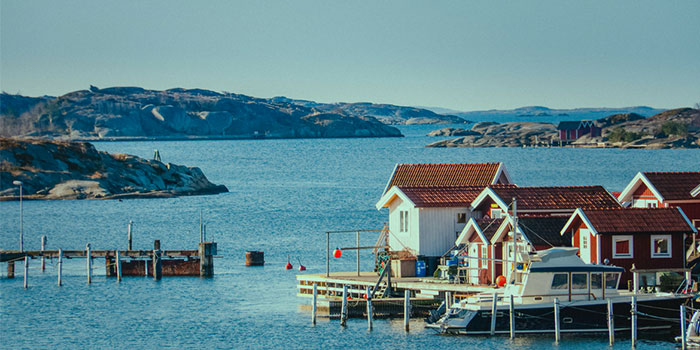 The World Happiness Report is an annual report that ranks 155 countries according to their levels of happiness. The report uses survey responses to subjective questions related to income, social support, community, personal freedom, and levels of corruption to determine a nation's happiness.

Since first conducting The World Happiness Report in 2012, year after year, the Nordic countries - Sweden, Finland, Denmark, Norway, and Iceland - have all ranked in the Top 10. In 2017, Norway ranked number one ahead of Denmark in second place, who had previously been in the number one spot for the previous three consecutive years.

So, Why The Nordics?

What is it about the Nordic countries and why do they rank so highly in these happiness studies?

In brief, the Nordic countries have a solid social support system and are all commonly associated with good health care, equality, good education, democracy, safety and security, and low levels of corruption in business and government.

However, another key component that contributes to the Nordic countries' overall happiness is trust, which will be the focus of this blog entry.

Trust Is The Key

When discussing trust in the Nordics, we refer to both neighbourly trust, and the trust for officials. In 2010, The Prosperity Index report showed that 74 percent of Norwegians, 64 percent of Danes, 60 percent of Finns, and 56 percent of Swedes believe that other people can be trusted.

Andreas Bergh, an economist at Lund University and the Research Institute for Industrial Economics, says there is a "widespread belief in the population that most people can be trusted, and the fact that most people can be trusted refers to things like obeying agreements, trading as they say they are trading, behaving in an honest way and, of course, behaving in a trustworthy way."

Put another way, trust can be described as having a feeling of security with the belief that someone or something is reliable and honest.

Putting Trust To The Test

In 2013, Reader's Digest conducted a global, social experiment in the form of a "wallet test" which was performed in 16 major cities across the world. In this experiment, a wallet – complete with a name and cell phone number, family photo, business cards, and the equivalent of $50 – was "dropped" in a public place to see if the wallet would be returned.

Ranking in first place was Finnish capital, Helsinki, which was the only Nordic city involved in the experiment, where 11 out of 12 wallets were returned. 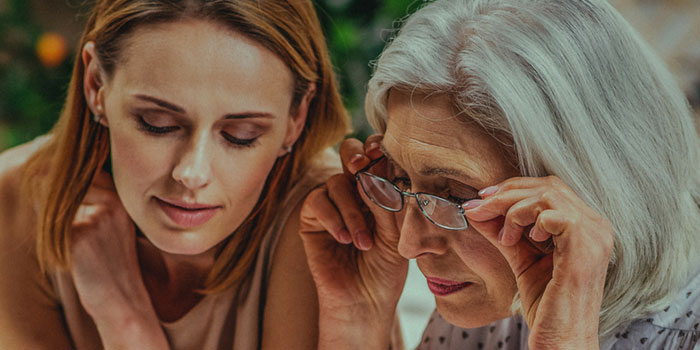 Another example of trust in the Nordics can be found in various stories online of visitors or expats first arriving in the Nordics, and their shock when witnessing the sight of babies in strollers being left outside a store or café while the parent goes inside to enjoy a coffee or pastry.

To visitors and new arrivals, this level of trust and social cohesion is difficult to comprehend and become comfortable with. However, in the Nordics, this is another example of the type of trust ingrained in the society.

Closely linked to trust is transparency.

Since 1996, Transparency International (TI) has been publishing the Corruption Perceptions Index (CPI), which annually ranks countries by their perceived levels of corruption from the research it conducts.

In 2016, of the 176 countries which were assessed, Denmark came in equal first place with New Zealand, followed by Finland and Sweden in second and third place respectively, with Norway in equal fifth place with Singapore.

Who's Telling The Truth?

In 2013, the annual Trust Barometer conducted by global communications marketing firm Edelman, showed that of the 31,000 respondents surveyed from 26 markets across the globe, only 18 percent of people said they trusted business leaders to tell the truth.

While the above statistic is eye opening, more alarming is the fact that this figure is only marginally better than the 13 percent of people who said they trusted government officials.

In a post published on ScienceNordic, Bo Rothstein, a Swedish political scientist, and professor at the University of Oxford, who has conducted research on social capital and how societies and governments influence people's trust in one another, shares that when we trust law enforcers, we also trust each other more. 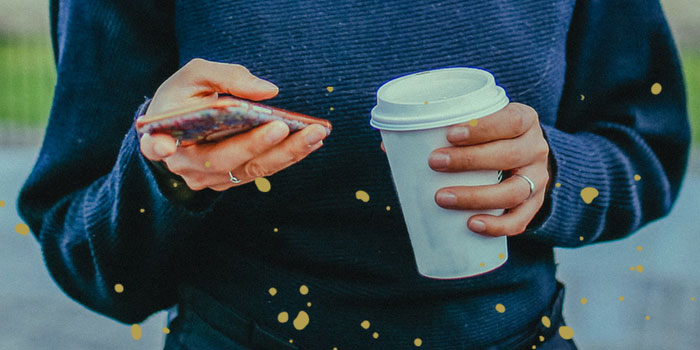 When it comes to business, clearly, when all parties trust one another, business is a lot smoother when there is an understanding that any transaction made is done so in a way that benefits all parties. With trust being a shared value, there is cooperation and understanding that one party will not try and "out do" or "undermine" the other party.

In 1972, Nobel Prize-winning economist Kenneth Arrow said, "Virtually every commercial transaction has within itself an element of trust, certainly any transaction conducted over a period of time. It can be plausibly argued that much of the economic backwardness in the world can be explained by the lack of mutual confidence."

Trust also positively affects a company's customers too. Inc.com journalist Lou Dubois wrote in a 2010 article entitled 'How To Build A Corporate Culture of Trust', "When trust exists between employees and management, and more importantly with customers, business will thrive."

Dubois also wrote, "The need to build and cultivate solid relationships is vital not only for success but also survival. Solid relationships are built up over time by gaining trust. And while most other parts of business require measurement, trust is tough to measure. But the effects of a lack of trust can be clearly evident (unhappy customers, lost business), and down the road very costly to your business."

In the same article, Charles H. Green, Founder and CEO of a trust-focused advisory firm in the US, says, "An organisation that has a high cultural level of trust has to behave in a trustworthy manner, but also be really good at trusting others".

Trust As A Resource For The Economy

In 2017, the Nordic Council of Ministers produced a report entitled 'Trust – The Nordic Gold' which stated, "In economic terms, social trust reduces transaction costs in the economy, i.e. costs associated with ensuring that an agreement is fulfilled". The research suggests that a high level of social trust is, perhaps, the most important resource for a society's economy.

Rachel Botsman, an Australian researcher who teaches at University of Oxford, told EUobserver "The Nordic countries understand that trust is a currency that can have enormous economic, political and social benefits."

As shown in The World Happiness Report, countries with high levels of trust tend to have a higher quality of life. Trust and trustworthiness are signs of a well-functioning society both in our personal lives and our work lives.

Trust In The Media

The 2017 Trust In Media survey conducted by the European Broadcasting Union (EBU) showed Denmark, Sweden, and Finland as three of the top five nations who said they trusted traditional TV, radio and print media.

Roberto Suarez, the head of EBU's media intelligence service said, "It is reassuring that the public's level of trust in broadcast media is so strong in the Nordic countries and is actually increasing across Europe". Suarez continued "In this post-truth world, it is encouraging to see the public can differentiate between competing sources of news and have chosen to put their trust in more traditional media."

Who Would You Trust With Your Money? 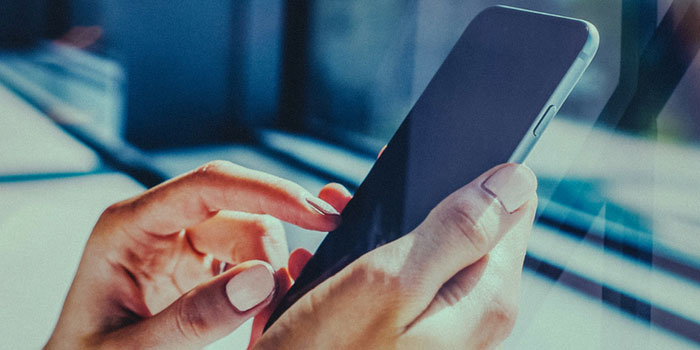 Think about the way you view insurance companies and banks. How do you decide which company is the right one for you? Is it the company your family members use? Is it based on online reviews? A friend's recommendation?

Whatever criteria you use to choose, it isn't a decision to take lightly. After all, you're trusting a third-party with your assets.

According to a 2015 IBM survey, only 43 percent of consumers in the US said they trust the insurance industry in general. When it comes to banking, another US survey showed that 64 percent of respondents said their primary bank has a good image and reputation. However, only 37 percent said that banks are generally trustworthy.

Interestingly, only 52 percent of respondents said they were "very knowledgeable" about the fees their bank charged. Therefore, customers simply trust that their bank will "do the right thing".

Ferratum Money, a leading international pioneer in financial technology and mobile lending, was founded in Helsinki, Finland in 2005. Nordic values such as trust, honesty, reliability, and sustainability, can be found at the heart of our operation.

At Ferratum Money, we believe that a transaction is more than just a financial transaction - it's a mutual exchange built on trust. To, again, quote Kenneth Arrow, "Virtually every commercial transaction has within itself an element of trust, certainly any transaction conducted over a period of time".

Need a bit of a financial boost? Before you take out a loan, be sure to ask yourself these 5 questions before you borrow. 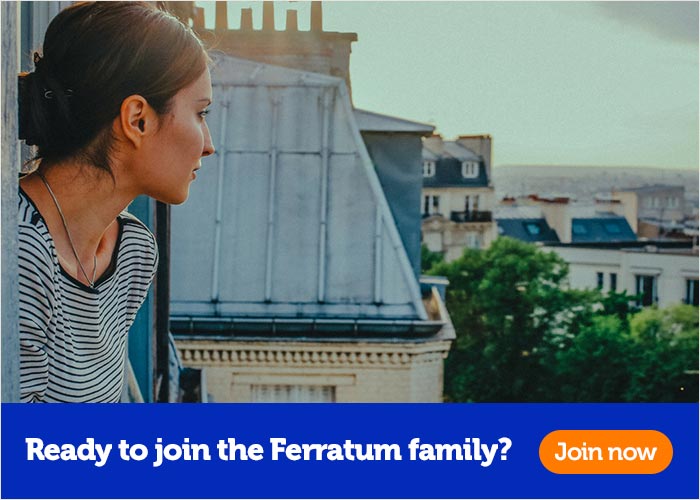